Sylphs, launched at version 2.1, once advancing to level 50, players can obtain sylphs after completing the main quest the Legend of the Sylphs. Which requires talking to NPC Azrael in western Cloud City.

The Legend of Sylphs:

"Half-forgotten texts speak the power of the gods' Immortal Souls, and how their spirits gathered in a holy land to become Sylphs possessing the power of the divine... Legends say that those who acquire the aid of a Sylph tap in to a power beyond imagination with the ability to wage war on a mythic scale"
― Azrael

You may only have one sylph active at a time. A few points are added to all Sylph Attributes after leveling up, and you gain 5 Attribute Points which can be assigned manually or automatically. You can rename your sylphs by clicking the "Rename" link in the Sylph window. The names from the Sylph Atoll are used in the table below. These are also the default names they have when acquired.

When these points are assigned, the sylphs gain additional stats which increases their battle rating making them stronger.

So, Sylphs BR is equal to: Points awarded for attributes + Base BR.

Sylphs can be obtained by defeating shadow Sylphs to obtain Essence of Sylph in the Sylph Atoll. You also can obtain a Sylph Seal after winning a battle against a Shadow Sylph.

Sylphs are similar to troops in that they follow the player in all combat situations. During battle, your Sylph gains 250 Awakening Points after a certain time interval. When you have 3000 Awakening Points, the sylph can be Awakened by clicking the Awaken button to the right of the rage meter or by pressing the space bar. 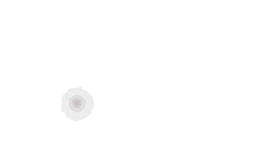 This action generates a wave of energy that deals damage to all enemies, transforming the player into the active sylph, granting new skills in all forms of battle.

Each round consumes some Awakening Points, and when it decreases to zero, the active sylph form is cancelled. Sylph skills do not affect player Rage.

You may cancel your Awakened Sylph at any time before the Sylph's Awakened points run out by clicking on "Cancel" button. Sylphs gain advanced awakening after reaching level 55.

Unawakened Sylphs cannot be targeted by players or other Sylphs in player combat.  But if reduced to zero hit points in their Awakened form (which can be attacked) the player is defeated.

In Enchant tab, sylphs can be enchanted with the use of Sylph Sepulcrums to obtain random aptitudes. Aptitudes improve the efficiency of converting the sylph's primary stats (Strength, Intellect, Armor, and Endurance) into a sylph's battle stats (MATK, PATK, PDEF, MDEF, and HP). The formulas:

The Base HP value is different for each kind of sylph. Rarity (white/green/blue/purple/orange) does not seem to matter.

In Engulf tab, sylphs can be engulfed by another sylph to gain EXP. The secondary sylph gives 50% of its total EXP to the engulfing sylph. This does not carry over any enchantments, upgrades, or bought skills, so you may want to hold off on enchanting sylphs that you will later engulf. Extra 50 Balens can be used to gain 100% of the secondary sylph's exp. As of the current patch, Sylphs automatically level with the player, so Sylphs can no longer be engulfed.

There are three tiers to each sylph type:

The progression is achieved through 'Refining', and results in a transformation.

In Upgrade tab, players can upgrade your sylph using Mahra and Adv. Mahra when your Sylph is sophisticated. Each Mahra is worth 10 points and may give a Sylph's Blessing that gives 50 points. You can also spend 35 Balens to upgrade 1 time or 700 Balens to upgrade 20 times. It costs increasing amounts of points for each rarity of sylph.

Sylphs start with one star. Once a Sylph of Common, Uncommon, Rare, or Epic rarity reaches a five star rating, it can be upgraded to the next rarity level. When a five star Epic sylph is upgraded, its rarity level becomes Legendary. Legendary sylph will no longer have any star rating and cannot be further upgraded. However, after Legendary sylphs pass through the second refinement, they become available to be upgraded again, earning stars. Once a five star Legendary sylph is upgraded, instead of becoming Mythic quality it becomes a one crescent Legendary quality sylph. After reaching 5 crescents, the sylph can be finally upgraded to Mythic quality.

There are three different forms in which the sylphs use their skills:

Active with the Hero: The sylph uses following skills every two rounds. The damage a sylph deals is based on the values of the sylph's stats and not the stats of the hero.  These attacks are automatic, randomly chosen, and cannot be controlled.  Sylphs in this form cannot be targeted by other players or their sylphs.

Awakened: The sylph attacks are added to the MATK (if the hero class is Mage) or PATK (if the hero class is Knight or Archer) of the player. The Sylph HP and the character HP are interwoven. Awakened attacks are controlled by the player.  When an Awakened sylph first appears, they will emit a wave of energy that damages all enemies.  This first attack is free and does not use Awakening points.  But it does put the sylph's Delphic attack on a ten second cooldown. As noted above, if an Awakened sylph is reduced to zero hit points, not only is the sylph defeated, but the player is defeated as well.

In the Sylph Arena: Sylphs use only their stat values.  Attacks are automatic and based on the skill order set on the Sylph Arena entry screen (lower right corner).  Sylph attack order is based on each sylph's Battle Rating from highest to lowest in the arena, making it a critical component in strategizing duels and skill order to use against a given opponent.

Every sylph starts with three different Skills that can be used during battles.

Every Sylph starts with three active skills and a passive skill; every sylph has a total of 5 active skill slots and 3 passive skill slots. Players can spend (Un)bound Balens to purchase skills for the currently selected Sylph. In addition, players can learn Sylph skills for free by clicking on the Learn Skill button in the Sylph Skill Screen to obtain a random skill for the selected Sylph. However, it can only be used once every 8 hours; having at least VIP1 will decrease the cooldown by 30 minutes. If all of a Sylph's skill slots are full, learning a new skill will replace a random skill; to prevent this, players can forget a skill by clicking on the forget button in a skill slot and spending 300 (Un)bound Balens.

In patch 3.4 part 1, sylph equipments were added as a new way to increase sylph battle rating. There are a total of 6 equipments, which can be synthesized in blacksmith by consuming 400 Sylph Equipment Shards. With these equipments, players can enchant, socket, refine and even upgrade them to a strong one. Only rare (blue quality) sylphs can wear equipments.

In this tab, players can add bonus stats to sylph equipment. Each attempt to enchant consumes 3 Glint of Magic and 3 Magical Moonlight. Similarly to Holy Forge, there's a blessing bar, which fills up as the enchanting fails, increasing the success rate for the next attempt.

In this tab, players can socket special gems, called Divinity Souls, into sylph equipments. Initially, blue equipments have 1 available spot and other one that can be unlocked by using Soul Socketing Rods. As the equipment is upgraded, a new spot becomes unlockable.

In this tab, players can use 4 Golden Holy Water initially to unlock 3 extra stats to equipment, and after that, to change the stats. It works the same way as refining other equipments. It's also possible to use balens to lock stats, so they won't be lost during the refinement. As of the current patch, stars no longer have a chance to decrease during refinement.

In this tab, players can upgrade sylph equipment into more powerful forms. After the upgrade, enchantment goes back to zero, but the divinity souls socketed (and socket spots as well) aren't lost. In order to upgrade equipments, they must be fully enchanted

EXP to level up

As of the current patch, Sylphs level with the player. See here for the old EXP tables.