Kyanite is a resource used to pay for research in the Academy.

Your Tree of Ancients can be harvested once per day for Kyanite.

50 or 1000 Kyanite can be obtained anywhere that a random item can be obtained. Such as after each victory while adventuring or as the reward for completing a duel or dungeon campaign.

Looting another player's city will gain you 50 Kyanite for each of that player's levels provided you win the battle. You will also take a percentage of that player's gold. You can attempt this a maximum of 5 times per day. Additional attempts can be added for 395 Balens each.

Kyanite seeds planted in the Farm yield an amount of Kyanite when harvested.

After the Divine Altar event is completed or failed, those present at the end will receive 3000 Kyanite via mail (5000 for the deluxe version). 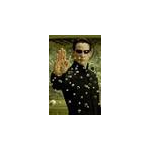