The Hall of Heroes is where the multiplayer aspect of Wartune appears. In this building, players can enter dungeons in parties of four; however, players are only granted one attempt for completion awards. Dungeons found in this building are significantly more difficult than their corresponding campaign dungeons in terms of player level. PVE equipment requirements can be found there or full piece of the set by card shuffles. As of patch 2.1, accessing multiplayer dungeons is done though Dinah on the main level of Cloud City.

The Hall of Heroes unlocks when a player reaches level 20. Inside the hall are difficult multiplayer dungeons where a player may join with other players in conquering these dungeons for treasure and experience. These dungeons are split into three tabs, two chapters and an event. Chapter 1 ranges from level 20 to level 59; chapter 2 has level 60 to level 80 dungeons; and the third tab is called Events and includes Tower of Kings and Spire.

The dungeon treasure drops are only purple and blue equipment. Each dungeon also has the possibility of dropping a synthesizable item (e.g. Gartan Sword, Moirai Bow, or Gloridon Staff in Nether Forest) for its corresponding level range. The dungeons will also drop Soul Crystals, Crystaloids, Legendary Stones (in nightmare mode only), Luck Stones and Shadow Crystals.  On top of that, there is a possibility of obtaining a crafting item (worn weapon, broken helmet, dismal necklace, etc.) either as a random drop or completion reward.

Players wont be able to summon recruited troops into battles inside these dungeons, even if the player attempts a dungeon alone. Therefore, it is always recommended that all players travel in groups when attempting a dungeon unless their battle rating is significantly higher.

If a player's level is above the recommended dungeon's level, the experience received from the dungeon will begin to decrease, eventually dropping to zero. This will happen even if the player uses a daily attempt on the dungeon.

The experience awarded for completing a multiplayer dungeon are immense in comparison to the experience awarded elsewhere in Wartune. The attempts at multiplayer dungeons have been restricted to only one attempt per day (previous allowed three attempts per day). With patch 2.46, If a player wishes, (s)he can save their attempt and participate in a dungeon. No rewards will be awarded if a player chooses this option.

After a player completes a multiplayer dungeon, they will be given a rank similar to the ranking given after completing a campaign. Like the campaigns, the ranking is based on damage dealt, damage taken, and number of deaths. The player's ranking (S, A, B, C, D) determines the amount of experience the player will receive after completion as a reward. Just like the campaign there are extra experience bonuses Item and Vip. But here 2 more extra bonuses add up Party and Friends. Thus, it is beneficial to a player if he choses to challenge a dungeon with a team.

In certain higher level multiplayer dungeons, players will encounter a stone circle with a lady standing next to it. This lady is the Roaming Summoner. For X Skeleton Keys (where X is the first digit of the level of your multiplayer dungeon,) she will summon a Spirit of Barno. The party will then engage in a mirror match and see if they are able to defeat AI controlled versions of themselves. Upon defeating their clones, each player will receive a loot drop that generally holds Crystaloids, Blue level weapons, and in Nightmare Mode, Legendary Stones. The Spirit of Barno can be summoned up to 50 times per party per day...provided they have enough skeleton keys.

With patch 1.45, a new mode was added to multiplayer dungeons. Nightmare mode increases the difficulty of a dungeon by raising the stats of all the creatures significantly while the general lay out of the dungeon remains the same.  The increased difficulty leads to larger experience point rewards from both defeating enemies and completing the dungeon. Legendary Stones were also added as drops for nightmare mode. Nightmare mode is only available for dungeons greater than level 40. 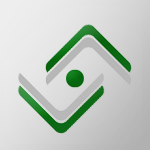 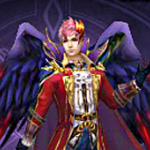 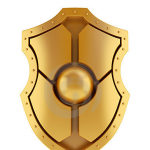